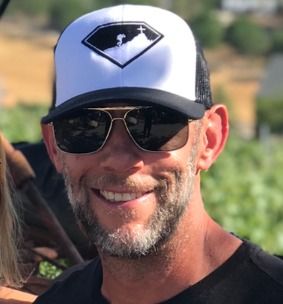 Ric Chadd is a dedicated husband to Wendie, and loving father to their two adult children; the oldest, Braiden, has hemophilia. Ric’s  love for his family, his friends, his work and the outdoors are undeniable to anyone that knows him. A firm believer in healthy living and family values, Ric always strives to lead his family and live his life by example. His love for fishing, camping, backpacking and hiking are definitely something he has shared with his son as well as many his friends and family members. Ric has backpacked quite a bit throughout California, including The Lost Coast Trail and four Mt Whitney summits with Braiden.  Ric is a 20-year traditional martial artist who holds a 6th degree black belt in Yamashita Shorin Ryu, and a 5th degree black belt in Matayoshi Kobudo (traditional weapons). He is the owner/lead instructor of his traditional Karate dojo located in Southern California that is currently in its 16th year.  In both his personal and dojo life, Ric believes in shining light on others through his actions. Ric is celebrating his 50th birthday this summer, and could not think of a better way to celebrate than by shining light on Save One Life. His goal is to honor his son and wife while raising awareness about hemophilia in developing countries and raising money for Save One Life. This will be Ric’s first Mt. Kilimanjaro climb.