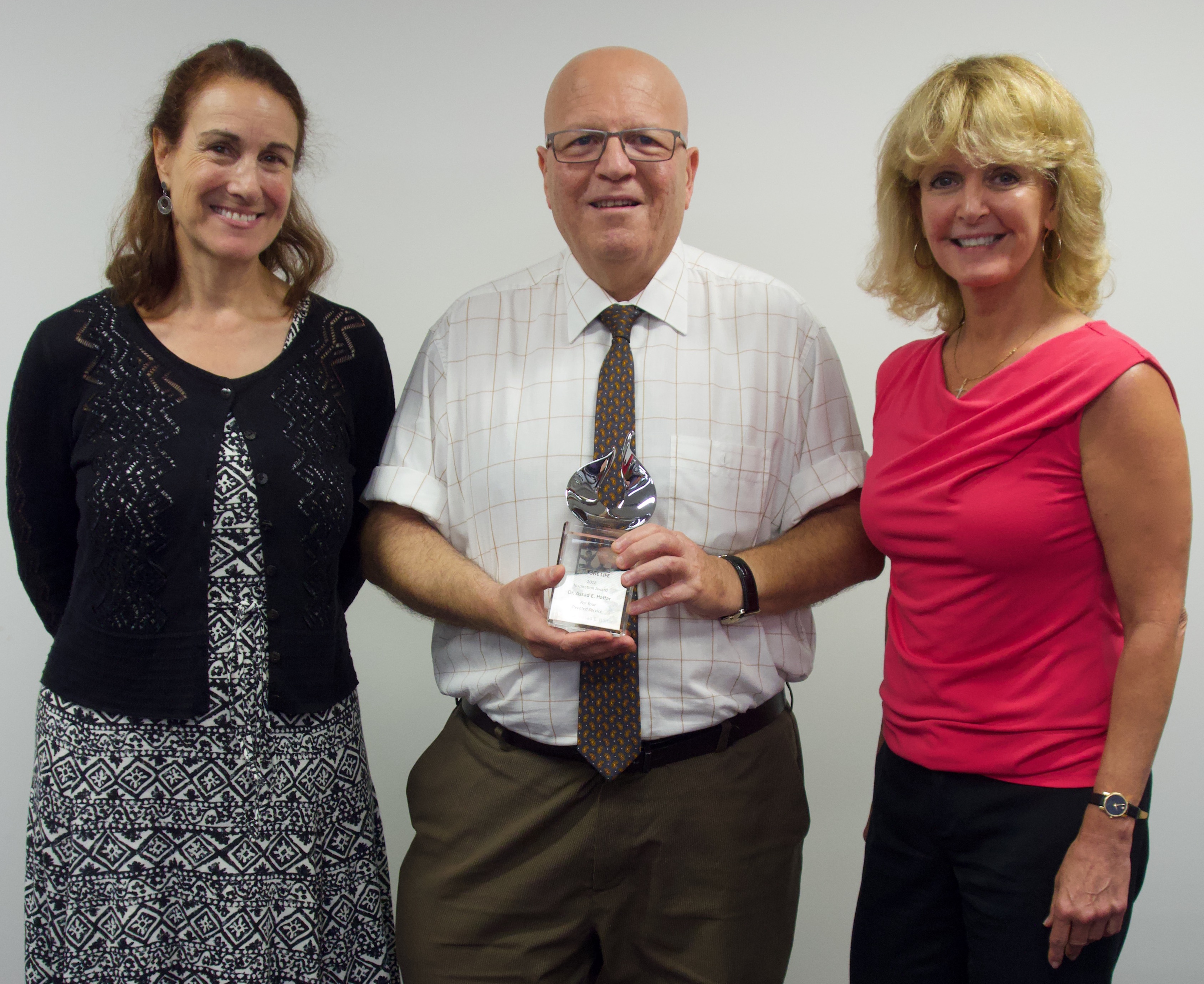 Save One Life President Laureen A. Kelley and Executive Director Martha Hopewell presented Save One Life’s 2018 Inspiration Award to Dr. Assad E. Haffar on September 5th at the World Hemophilia Federation in Montreal, Canada.

Dr. Haffar joined the World Federation of Hemophilia (WFH), based in Montreal, as the program officer for the Middle East and Africa and humanitarian aid in 2000.  WFH, an international not-for-profit organization, is a global network of patient organizations in 140 countries and has official recognition from the World Health Organization. It has worked to improve the lives of people with hemophilia and other inherited bleeding disorders since 1963. Dr. Haffar was promoted to positions of increasing responsibility--serving the Middle East and Africa—until he became the deputy director of programs in 2008.

There are globally an estimated 400,000 people with hemophilia, the most well-known bleeding disorder. Hemophilia is a rare and chronic disorder in which a person’s blood does not clot properly. When not treated, it can cause severe joint damage, crippling and possibly death. More than 300,000 individuals live in parts of the world that have limited or no access to treatment.

In 1996 WFH established a humanitarian aid program to provide blood-clotting medicine, called factor, to developing countries. Since then more than 770 million international units (IU) of factor have been donated to 90 countries—with over 58% of that total being distributed since 2016. Dr. Haffar stepped into the director of humanitarian programs position in 2015 just as the pharmaceuticals Bioverativ and Sobi, among others, committed to donating 100 million international units of factor annually for 10 years. Dr. Haffar has played a key role in training healthcare providers to assure the optimal dosage and use of donated products.

With WFH employees present, Laurie and Martha presented the award to Dr. Haffar, which he humbly accepted with words of gratitude to all his team for helping make WFH’s work possible. Laurie remarked, "Assad is a tireless worker for those with hemophilia in developing countries who has shown leadership, compassion and tremendous commitment. He is highly respected by all, has made a huge positive impact on those who suffer." Martha added that in her travels to the countries where Save One Life has programs, program partners have always spoken so highly of Assad and his caring heart.