Sponsor Me
Sponsor Me
About Me
My name is Subash. I'm a 18-year-old boy.
Birthday

My birthday is
January 3, 2003.
Geography
Country

I live in India.

This is Subash. He is 18 years old and he has severe hemophilia B. He is in 11th grade. This year his classes have been virtual due to the coronavirus.  despite many absences due to bleeds. He has had several bleeding episodes last year in his elbow and his knee. He travels 130km to the hospital by bus for treatment. 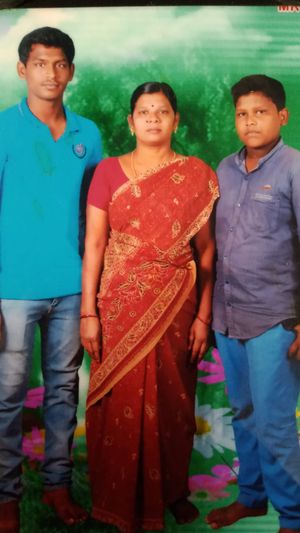 Subash lives with his mother and older brother. His mother works in a private clinic to support the family. She received a grant from Save One Life to purchase a cow and a calf in 2014. She sells milk to coop milk societies for some additional income. They live in a rented house in a village. It has a single room and a kitchen. It has electicity, running water, an indoor bathroom and a refrigerator.

Subash's sponsor was recently discontinued and he is in need of a new sponsor. Sponsorship funds were used for living expenses and medical needs.